Yet little over a decade later, the Guardian broke ranks with the pacifists. Emily Hobhouse, a former Boer War correspondent, and the former Labour Party leader, Keir Hardie, were surprised to find that CP Scott supported the First World War (1914-18) and viewed opposition futile. 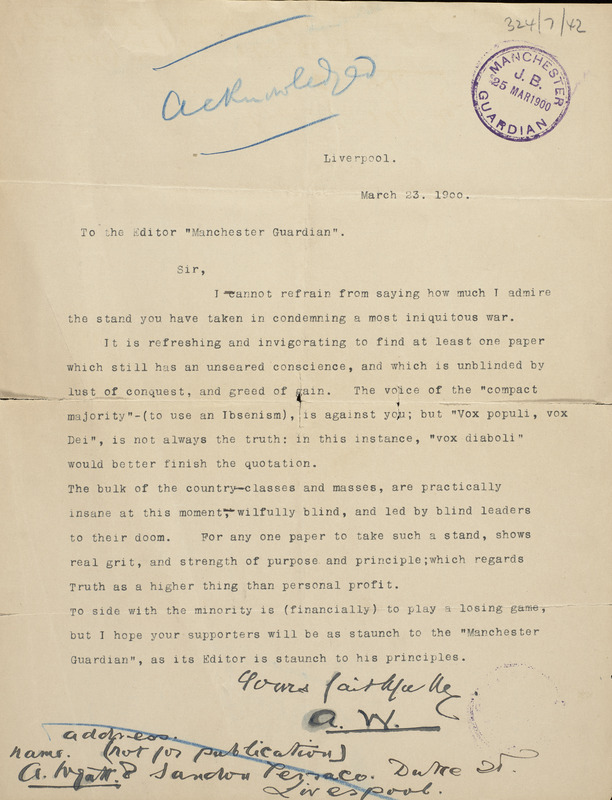 Letter from AWC to the editor of the Manchester Guardian

Some readers were supportive of the paper’s stance on the Boer War. The semi-anonymous AWC praises the Manchester Guardian for having ‘real grit’ in opposing the war concluding that ‘truth is a higher thing than personal profit.’ 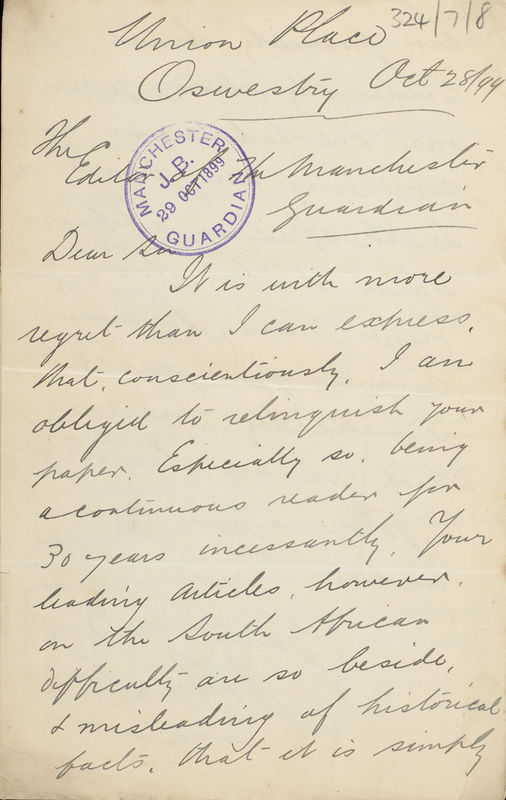 Letter from J Huxley to the editor of the Manchester Guardian

Many readers cancelled their subscriptions in response to the Manchester Guardian’s ‘unpatriotic’ stance over the Boer War. This angry reader laments the editor’s ‘invincible prejudice against [his] own country in favour of the Boers.’ 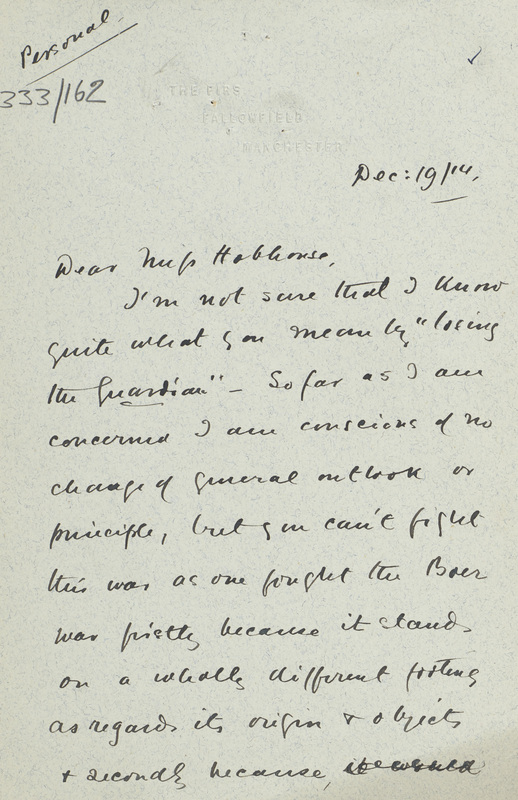