Under the editorship of CP Scott, the Manchester Guardian established itself as a moral voice condemning unjust war, supporting victims of conflict and championing global humanitarian causes. It was the only major newspaper to challenge the imperial ambitions of the British government in southern Africa during the Boer War (1899-1902).

Despite the government’s policy of non-intervention, the Guardian committed itself to reporting the plight of civilians during the Spanish Civil War (1936-1939). Unusually for the time, female correspondents submitted first-hand reports on the desperate situation of women and children in both South Africa and Spain. Emily Hobhouse and Nancy Cunard took personal risk reporting from war zones. 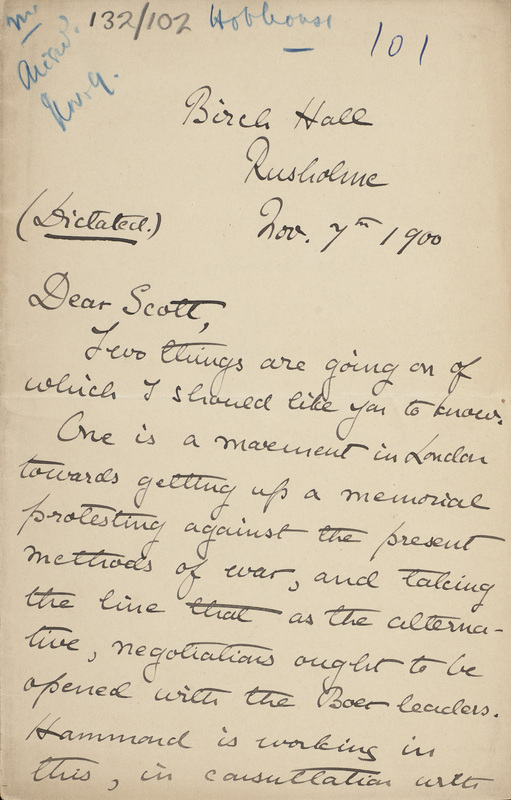 Manchester Guardian journalist, LT Hobhouse, introduced his sister to CP Scott in November 1900. Her accounts, printed in the Guardian, exposed how the Boers (settlers of Dutch descent) were evicted from their farms and placed in concentration camps.

Boer prisoners of war, held captive by the British in Ceylon (now Sri Lanka), were grateful for the Manchester Guardian’s support. They presented this wooden newspaper page-turner as a token of their appreciation. 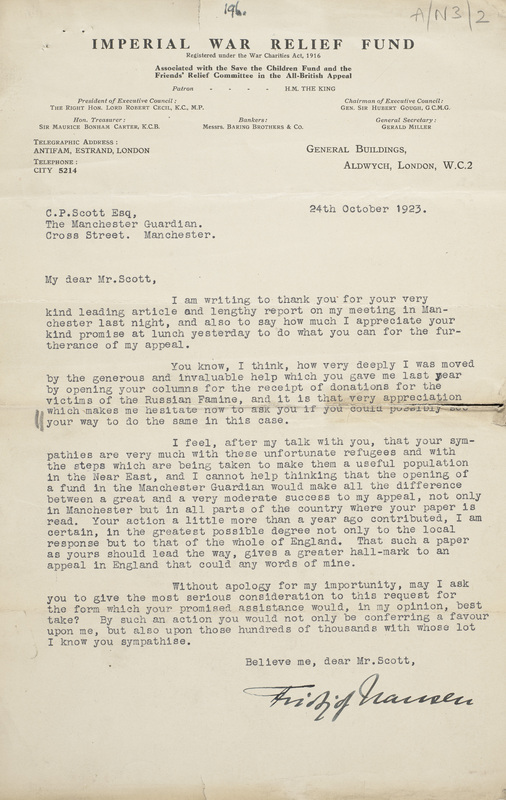 Nansen used his personal relationship with the editor of the Manchester Guardian to further his humanitarian work. This letter expresses gratitude for coverage of the Greek refugee crisis and for previously reporting the Russian Famine. 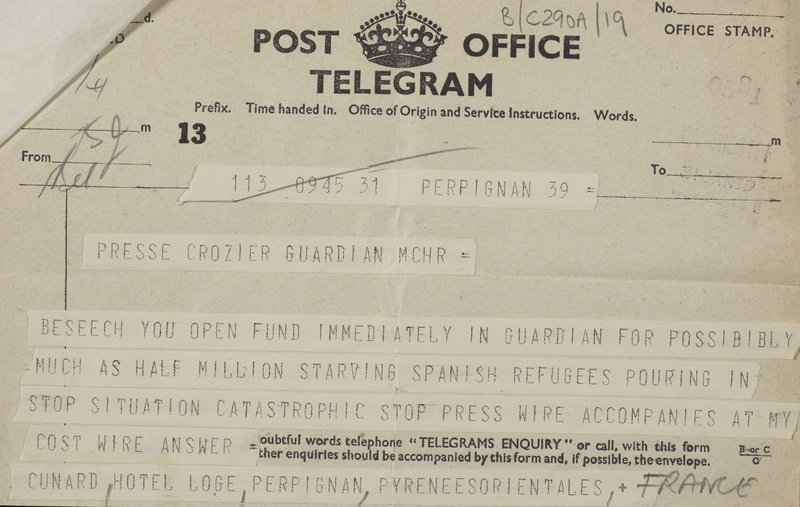 Cunard’s telegram records the humanitarian crisis in Spain - ‘half a million starving Spanish refugees. Situation catastrophic’. The editor Crozier invited Cunard to write a letter of appeal, which was then published in the Manchester Guardian. 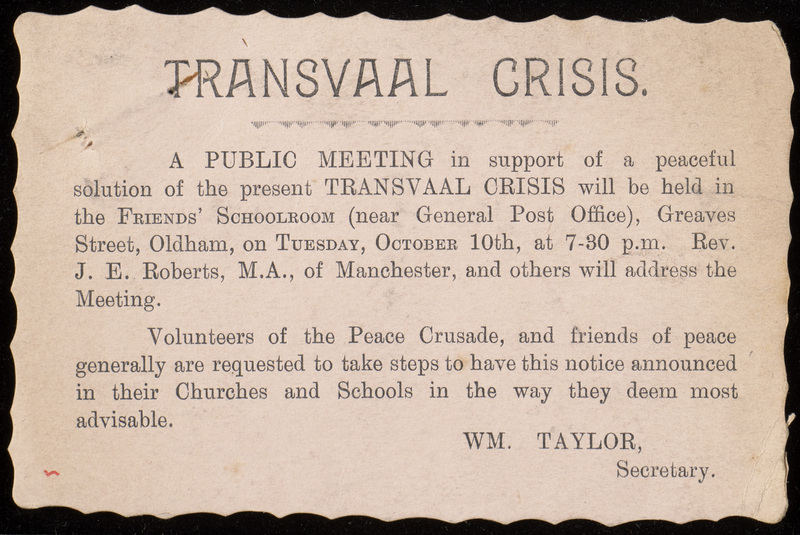 Card advertising a meeting on the Transvaal Crisis

Editor CP Scott and the lead feature writer, LT Hobhouse, were active in the Manchester Transvaal Committee. The group campaigned for an honourable peace in disputed regions of southern Africa at a time of heightened jingoism when imperial ambition was popular with the British public.