Manchester and the World

The Manchester Guardian was intimately bound up with Manchester’s history.  Launched in 1821 by a group of cotton manufacturers and industrialists interested in political reform, the Guardian was a liberal progressive voice at a time when the industrial north was leading the country’s prosperity. Its founder, John Edward Taylor, was present at the Peterloo Massacre, which cemented the newspaper’s reformist credentials.

In August 1959, there was a chorus of disapproval when the Guardian dropped ‘Manchester’ from its title. For many years, most sales were outside of the city. Overseas sales were substantial too.  The Guardian Weekly, launched in 1919, remains a popular ‘foreign’ language news magazine around the world today.

Agreement between John Edward Taylor and 11 others

John Edward Taylor was the founder and first editor of the Manchester Guardian. This legal agreement records the names of 11 men who each contributed £100 towards the launch costs. 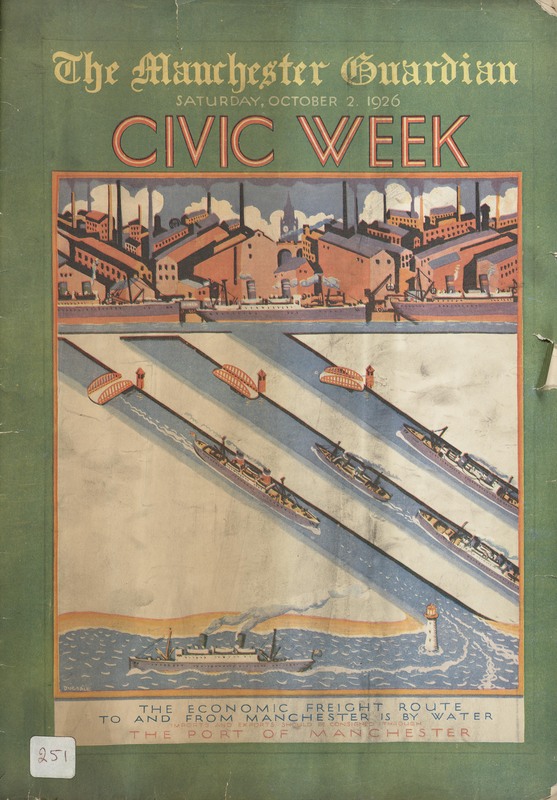 This beautifully illustrated supplement celebrated Manchester’s industrial and civic achievements.  The stylised front cover shows the role of manufacturing and the Ship Canal in Manchester’s prosperity. 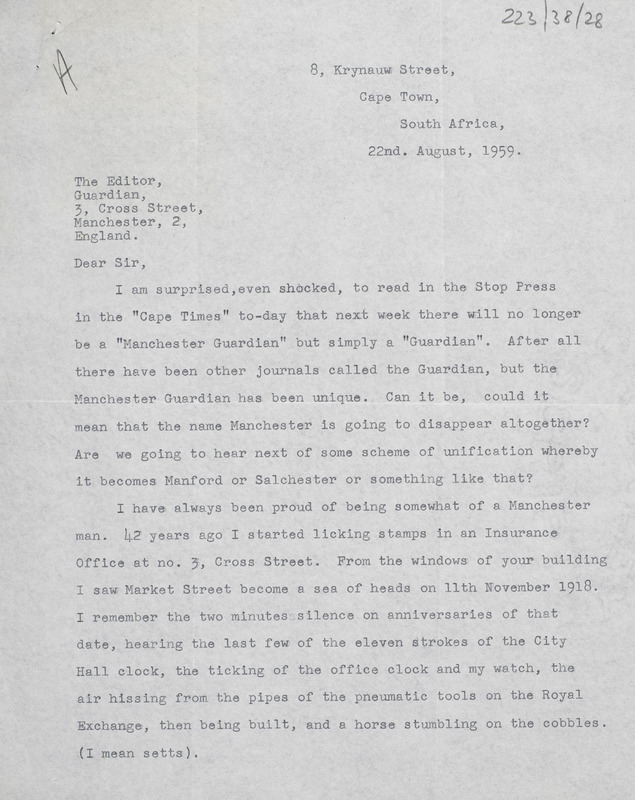 Letter from PH Hamer to the editor of the Manchester Guardian

Mr Hamer, originally a Manchester man, laments the loss of ‘Manchester’ from the masthead.  The second page lists all the things the city means to him from Peterloo, the ship canal and Albert Square to the Manchester Guardian.

Letter from WA Blyth to the editor of the Manchester Guardian

Mr Blyth poetically congratulates the Manchester Guardian on its new name. As an international reader, he adds a request for a report on the next ‘Roses’ cricket match.

The Story of the Guardian

This promotional brochure from the 1960s demonstrates the Guardian’s global network of reporters. Correspondents were posted to cities ranging from Paris, Bonn, Geneva and New York.