From the early 1930s, and at considerable risk to reporters and informants, the Manchester Guardian was one of the few English newspapers to criticise Hitler forcefully. Letters between Berlin-based reporter Frederick Voigt and the paper’s editor WP Crozier reveal how the paper worked to expose the violence and antisemitism that lay at the heart of Nazi ideology.

Perhaps not surprisingly, the Manchester Guardian was banned from Germany in spring 1933. Shortly afterwards, a public meeting held at Manchester’s Free Trade Hall praised the Guardian for exposing the antisemitic Nazi regime. Mancunians were proud to have a paper that ‘expressed the feelings of every decent-minded man and woman on this matter’. 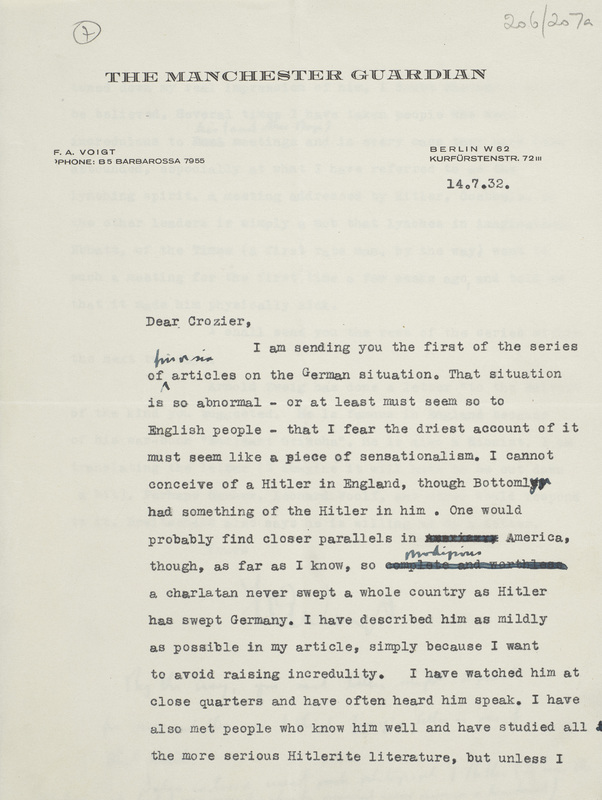 Voigt fears truthful accounts of Adolf Hitler will appear sensationalist to British audiences. He states that his report describes him ‘as mildly as possible … to avoid raising incredulity’. 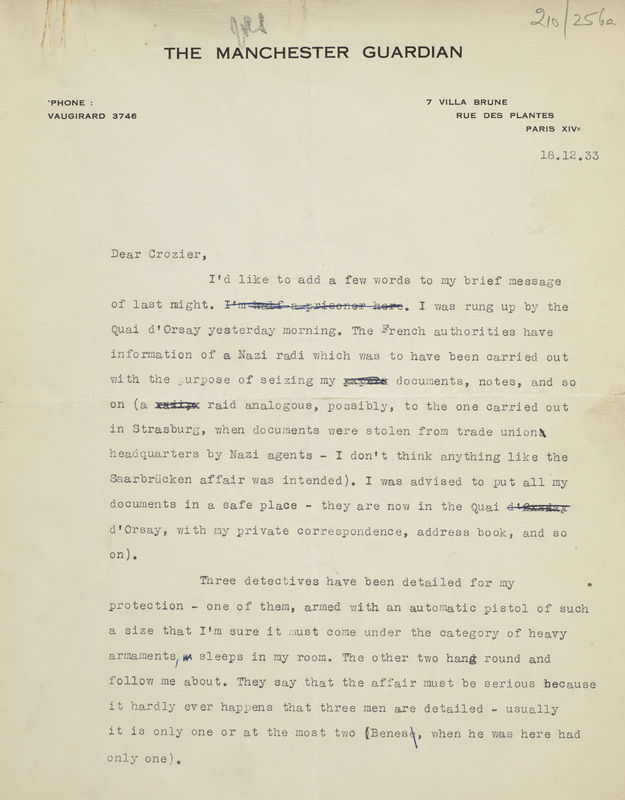 Journalists reporting on Nazi Germany took great personal risks. The second page of this letter chillingly notes that the Nazis were ‘determined to silence the M.G at any cost.’ 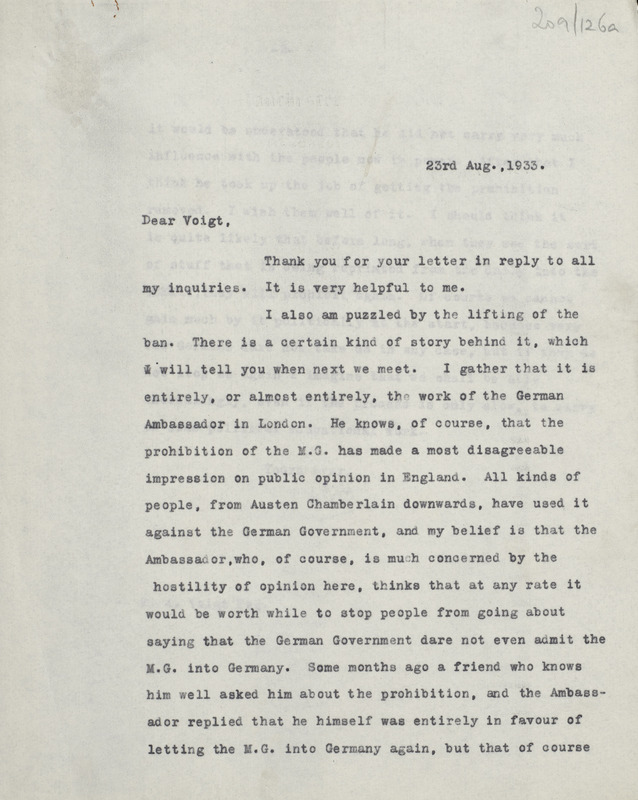 Crozier suggests that the German ambassador, recognising the importance of English public opinion, worked to lift the recent ban on the Manchester Guardian in Nazi Germany. 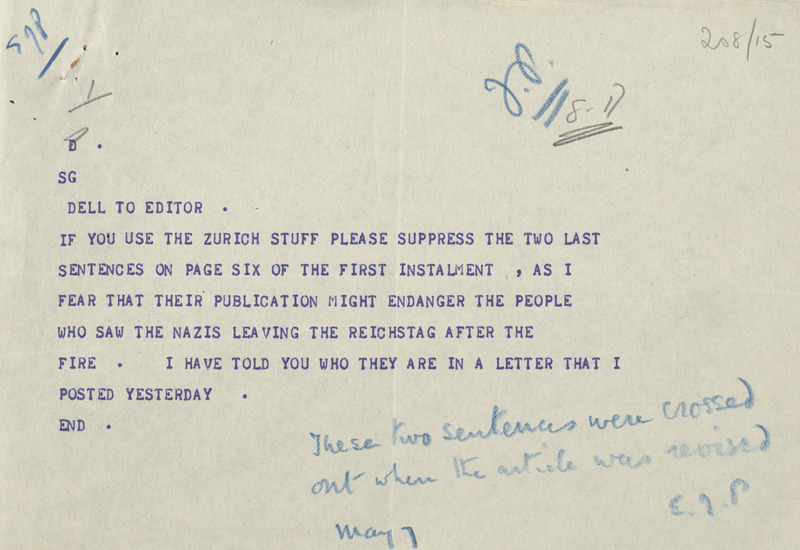 Telegram from Robert Dell to the editor of the Manchester Guardian

This urgent telegram requests that the names of those providing the intelligence on the burning of the German Parliament (the Reichstag) are not printed in the article for their own protection.