In 1872, when appointed editor of the Manchester Guardian, CP Scott was 25 years old. He remained in post for 57 years. Under his stewardship, the Guardian transformed from a provincial newspaper to one with a global reputation.

Scott’s political views aligned with Manchester’s progressive elite. On election to parliament, as a Liberal MP, his influence extended to the national stage. He built an extensive personal and political network: from prime ministers and political leaders to humanitarians and authors.

Scott’s editorship at the Manchester Guardian reflected his values and opinions. His principles are still relevant to those who work at the newspaper today. 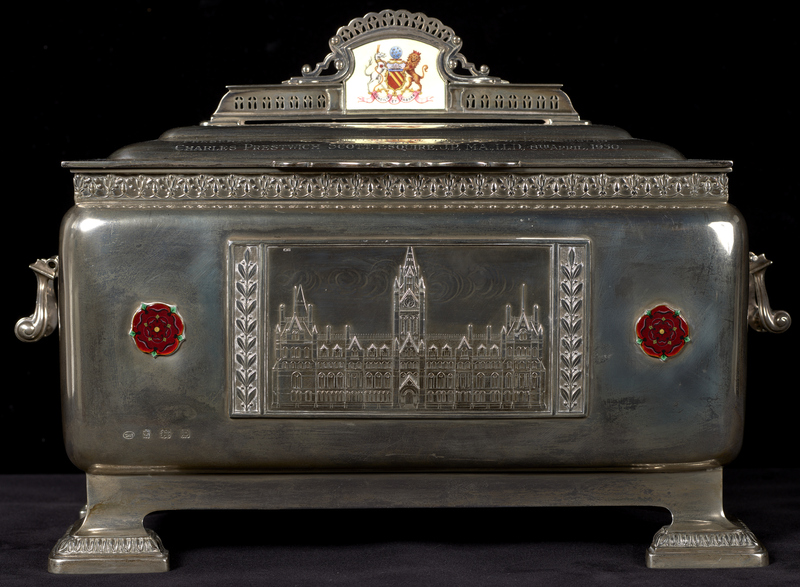 Maker and place of production unknown, presented in 1930

By accepting this honour, CP Scott cemented his long-standing connection with his adopted city. This silver casket, decorated with scenes of Manchester, once held a ceremonial scroll. 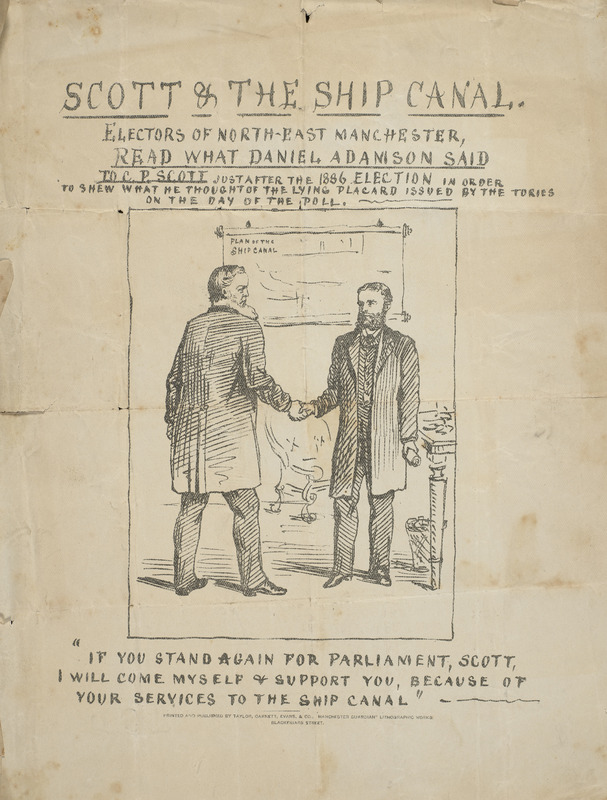 Daniel Adamson, the visionary behind the Manchester Ship Canal, supported CP Scott’s political ambitions. Scott was unsuccessful in 1886 but would eventually serve as the Liberal MP for Leigh (1895–1906). 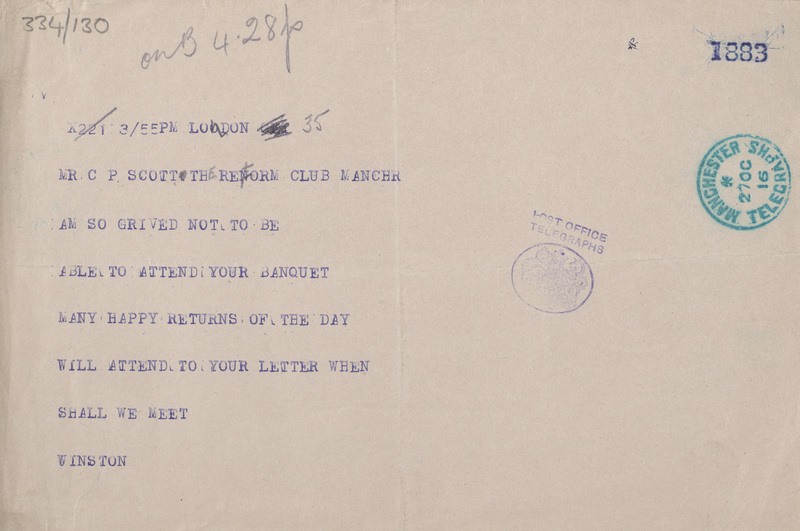 Churchill congratulated Scott on his 70th birthday. The two men were political associates from at least 1904 when Churchill was the Liberal MP for Manchester North West. 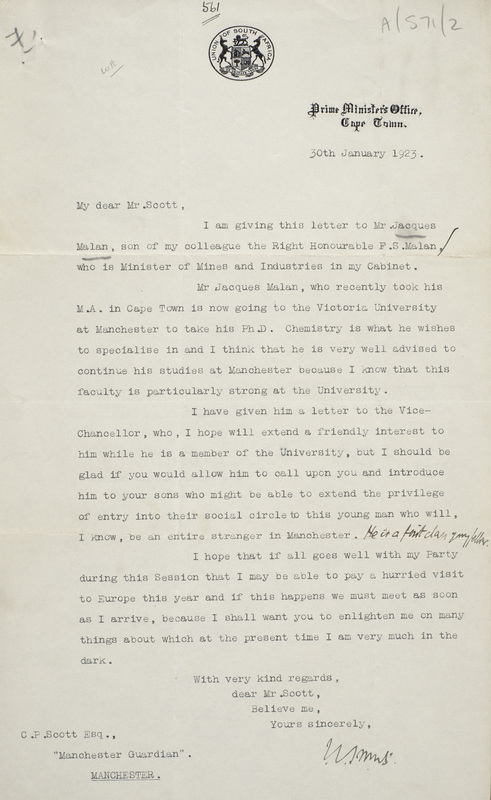 During 57 years as editor of an influential newspaper and a political career as a Liberal MP, Scott built an extensive national and global network.  His connection with Jan Smuts, Prime Minister of South Africa, stretched back to the Boer War. 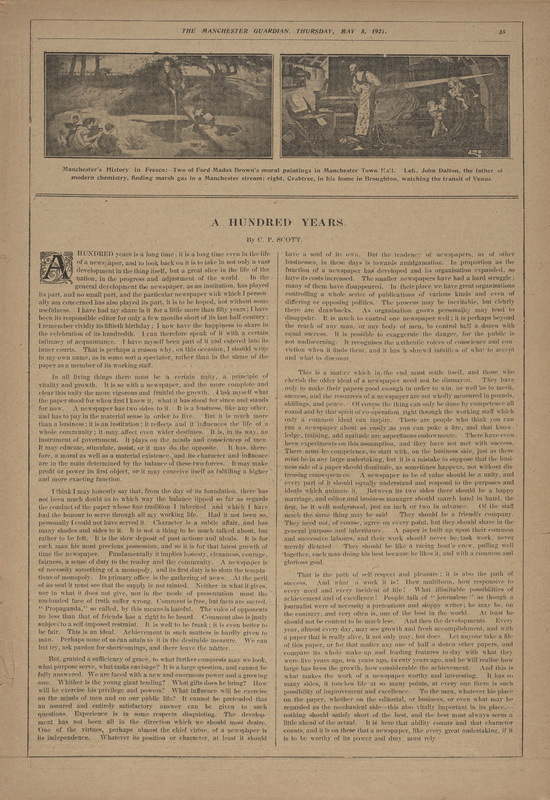 Scott wrote his famous essay on journalism for the centenary edition of the Manchester Guardian. He outlines the importance of ‘honesty, cleanness, courage, fairness’ to the purpose of a newspaper. A quote from the essay appears on the ‘Opinion’ page of the Guardian today. 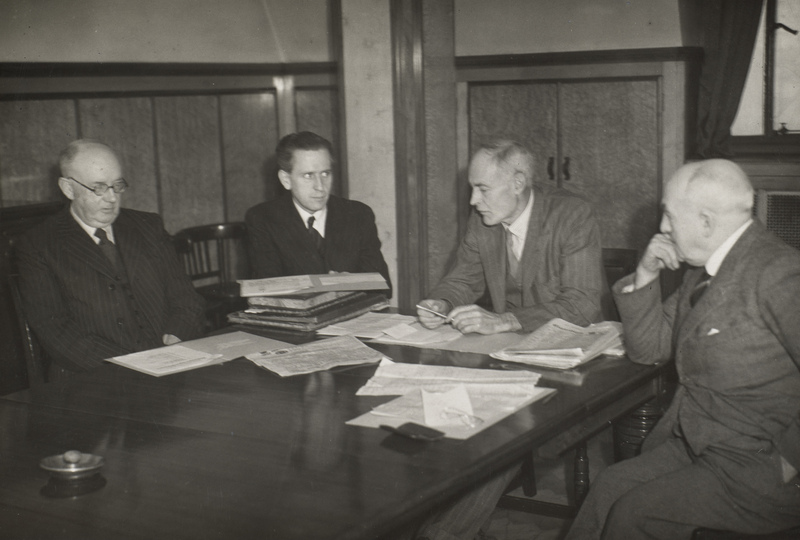 Photograph of a meeting of Directors and Trustees

In 1936, the ownership of the Manchester Guardian passed from the Scott Family to a Trust. This guaranteed editorial independence while avoiding the risk of crippling death duties.
The editor, William Crozier is pictured sitting to the left. Menu for centenary dinner at the Midland Hotel

The Manchester Guardian held a lavish dinner for 500 people to mark its centenary. Guests included the suffragist Millicent Fawcett, the poet John Masefield, and Conservative politician, the Earl of Derby.