Alongside recipes and special words for potions and magical charms, this manuscript presents a range of charaktêres (ring letters). These special letters are unreadable and unutterable. They discharge their power not when they are read, but when they are written in amulets. The signs probably came from occult traditions in Ptolemaic Egypt (from the 3rd century BC to about 30CE). They appeared in Jewish magical traditions some centuries later.

Renaissance scholars arranged these charaktêres into alphabets, and said they were the language of angels. The idea was to conjure the help of these supernatural beings by communicating with them in their own language. 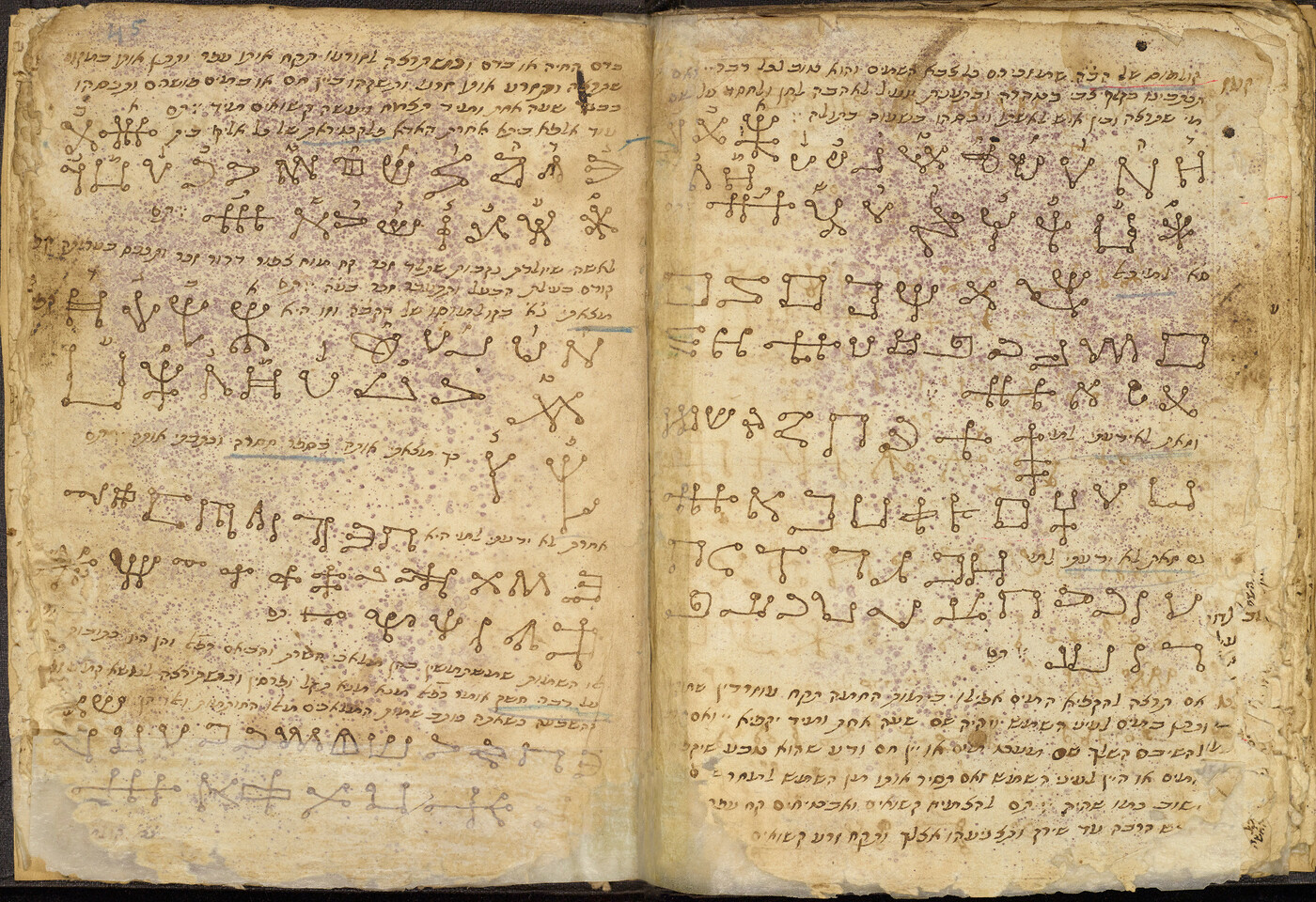 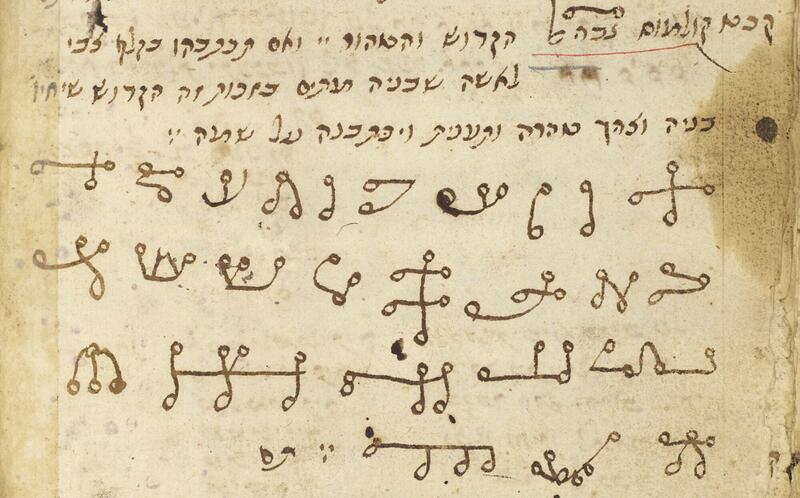 Archangel Gabriel’s alphabet, which can be used on birth amulets.

How to make an amulet to learn about the secrets of your wife:

“To reveal the secrets of your wife, write these seals (i.e. charaktêres) and hang them on her neck when she is asleep and you will learn about everything. And these are the seals: [followed by the charaktêres].”