This Hebrew Bible from late medieval Spain was one of Enriqueta Rylands’s early manuscript purchases. She bought it from bookseller Bernard Quaritch in June 1892 for £36 (about £3000 today).

The manuscript fitted with Rylands’s expanding interest in bibles and sacred texts from different religious traditions, including Judaism, Islam and Hinduism. Like other manuscripts Rylands bought, it is a medieval manuscript written on animal skin, beautifully decorated and illuminated in gold. It is, like Rylands, cosmopolitan: it contains French- and Italian-style decorations, and travelled to Greece and Amsterdam before coming to Manchester.

This manuscript is also featured in the Marks of Time section of this exhibition. 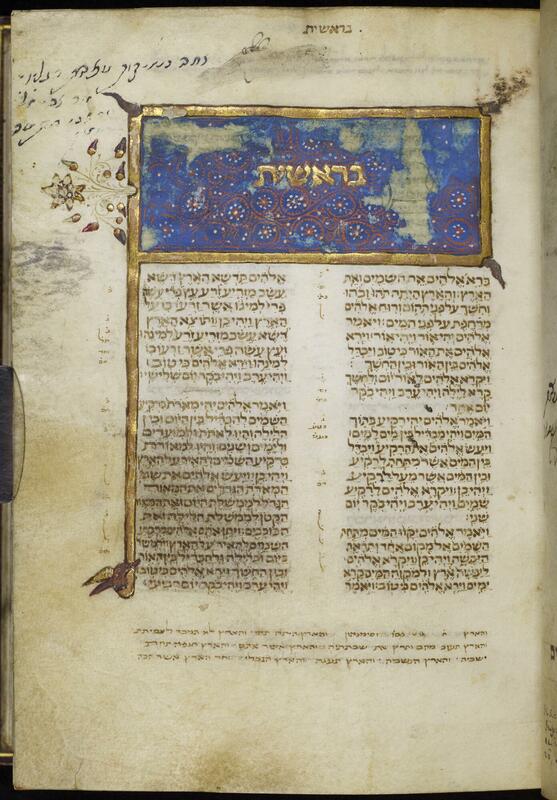 Gilded initial-word בראשית (“In the beginning”) on a blue painted panel with painted motifs in a gilded frame. 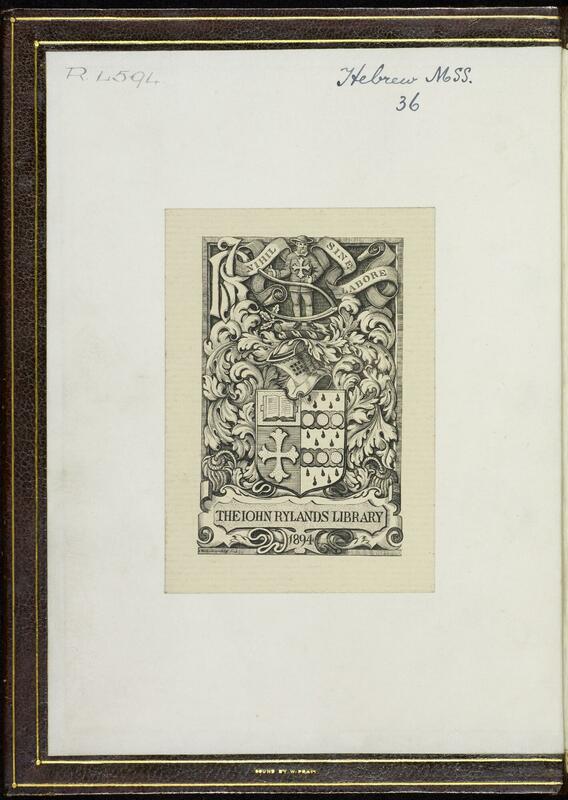 Bookplate of the John Rylands Library, with Enriqueta Rylands’s coat of arms. The open book represents enlightenment, especially through reading the Bible. 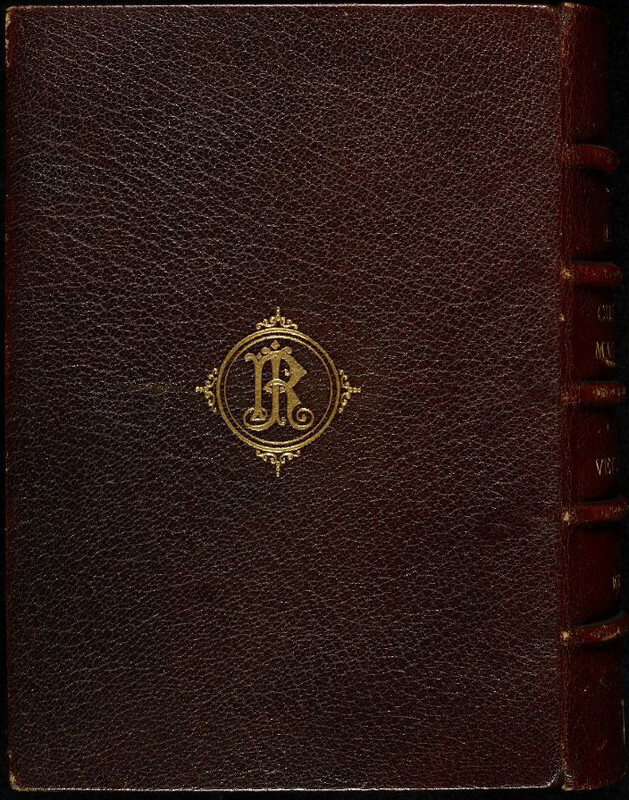 The binding is stamped ‘JR’, although John Rylands himself never saw the manuscript.