This manuscript contains an incomplete copy of one of the most important works of Kabbalah (Jewish mysticism) ever written – the Tree of Life (ʿEts Ḥayim) of Ḥayyim ben Joseph Vital (1543-1620). This work was hugely important in spreading the teachings of Isaac Luria of Safed in the Galilee (1534-1572) throughout Europe. The manuscript was copied in the late 17th century, probably somewhere in Germany (Ashkenaz). It is rich in evidence of former owners and users.

It contains notes and glosses by a number of known scholars, some of whom were significant Kabbalists in their own right. It was acquired in 1856 by Victorian antiquarian William Henry Black. Black bought it from W Mainbernheim, who told him that it once belonged to Rabbi Nathan Etlingen (?), Chief Rabbi of Hamborough (Hamburg). It came to the Rylands as part of the Crawford Collection. 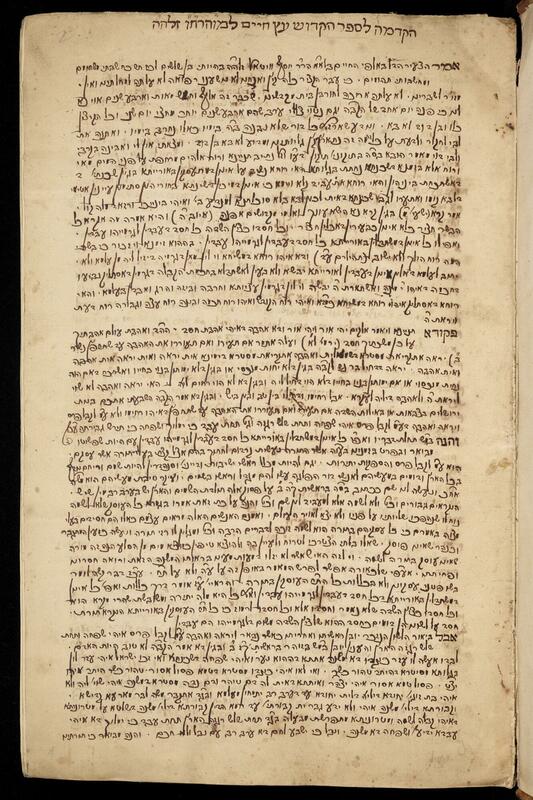 Introduction to the Tree of Life. 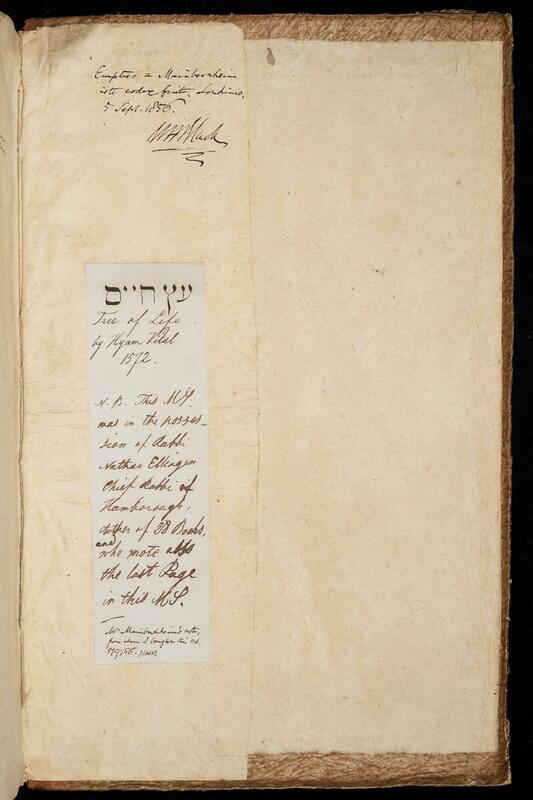 Notes on the provenance of the manuscript by Black and Mainbernheim. 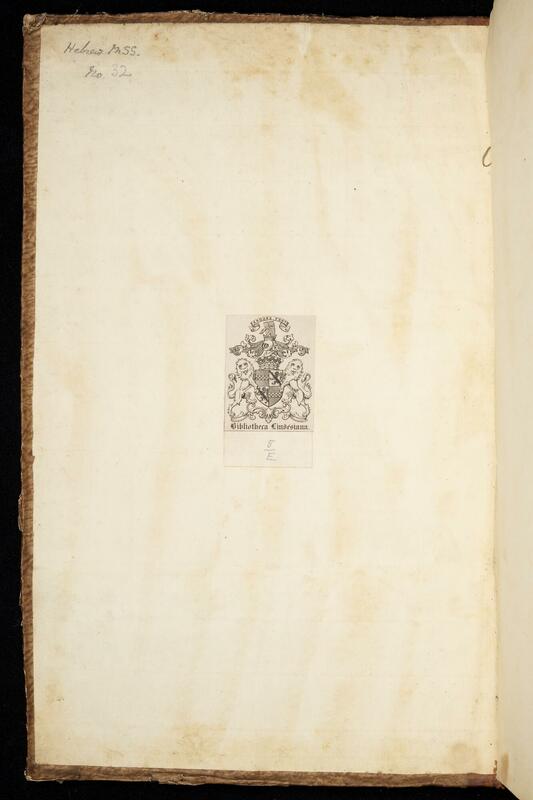 Bookplate of the "Bibliotheca Lindesiana” in the middle and the current Rylands shelfmark in the top outer corner.