This copy of Isaac of Acre's kabbalistic commentary on Nachmanides’ commentary on the Pentateuch was written for Rabbi David of Revere, near Mantua in Italy. As the purchase notes at the beginning and end of the volume prove, it changed hands several times over the 16th century. In one case, the transfer of the ownership is validated by two witnesses. The volume also attracted the attention of the Roman Inquisition and was examined in 1598 by one of their most famous (or infamous) censors, the convert Domenico Irosolimitano (formerly Rabbi Samuel Vivas of Jerusalem). 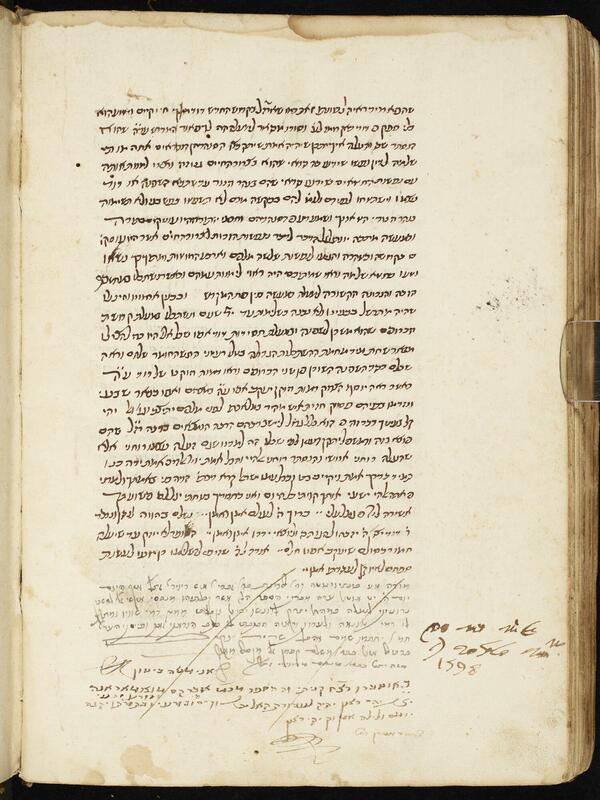 Note by Moses Biton about the purchase of the manuscript from a certain Abraham in October 1538.