This collection of medical texts by the Christian physician Luis Lobera de Ávila was written in the Castilian Spanish language but in Hebrew letters. It was copied from the 1542 editions of Lobera’s works, which were printed in the Latin alphabet. The choice of language is a bit of a mystery. First, Sephardi (Spanish) Jews usually used their own Spanish dialect called Ladino (Judeo-Spanish). Second, Jews were expelled from Spain in 1492, and had no direct contact with the standard Castilian language anymore.

Could it have been commissioned by a Jewish doctor who read Spanish and wished to consult the work in the original language, but was more comfortable with the Hebrew alphabet? 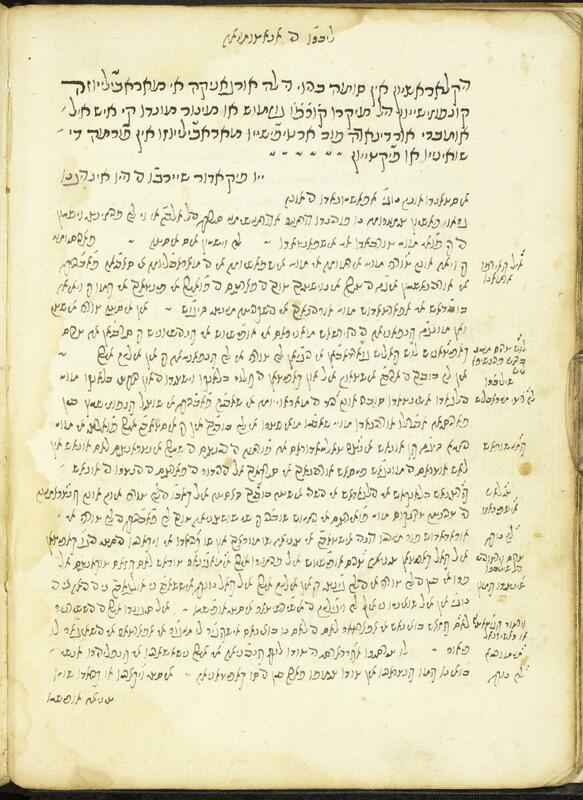 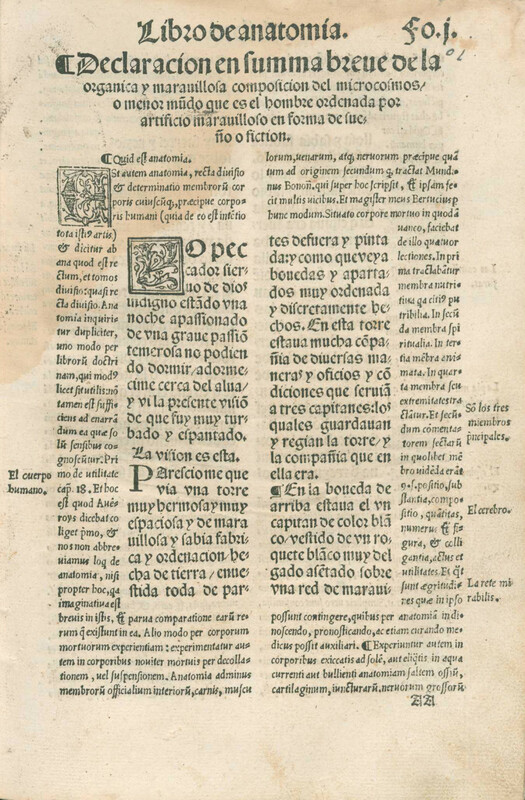 Title and beginning of Libro de anatomia by Luis Lobera de Ávila (the first part of Remedio de Cuerpos Humanos) in the manuscript (left; folio 11b) and in the 1542 printed edition (right).