This medical notebook contains prescriptions for all sorts of illnesses such as gynaecological problems, eye diseases, upset stomach, worms in the finger (pinworm infestation), and so on. Ingredients include herbs, wine, root vegetables, and even excrement. Most recipes are in Yiddish, but there are also some in Hebrew and a few in German (in Latin characters). Yiddish and Hebrew words are often mixed within recipes. It may have been the notebook of a physician whose first language was Yiddish but who was also familiar with German and Hebrew. 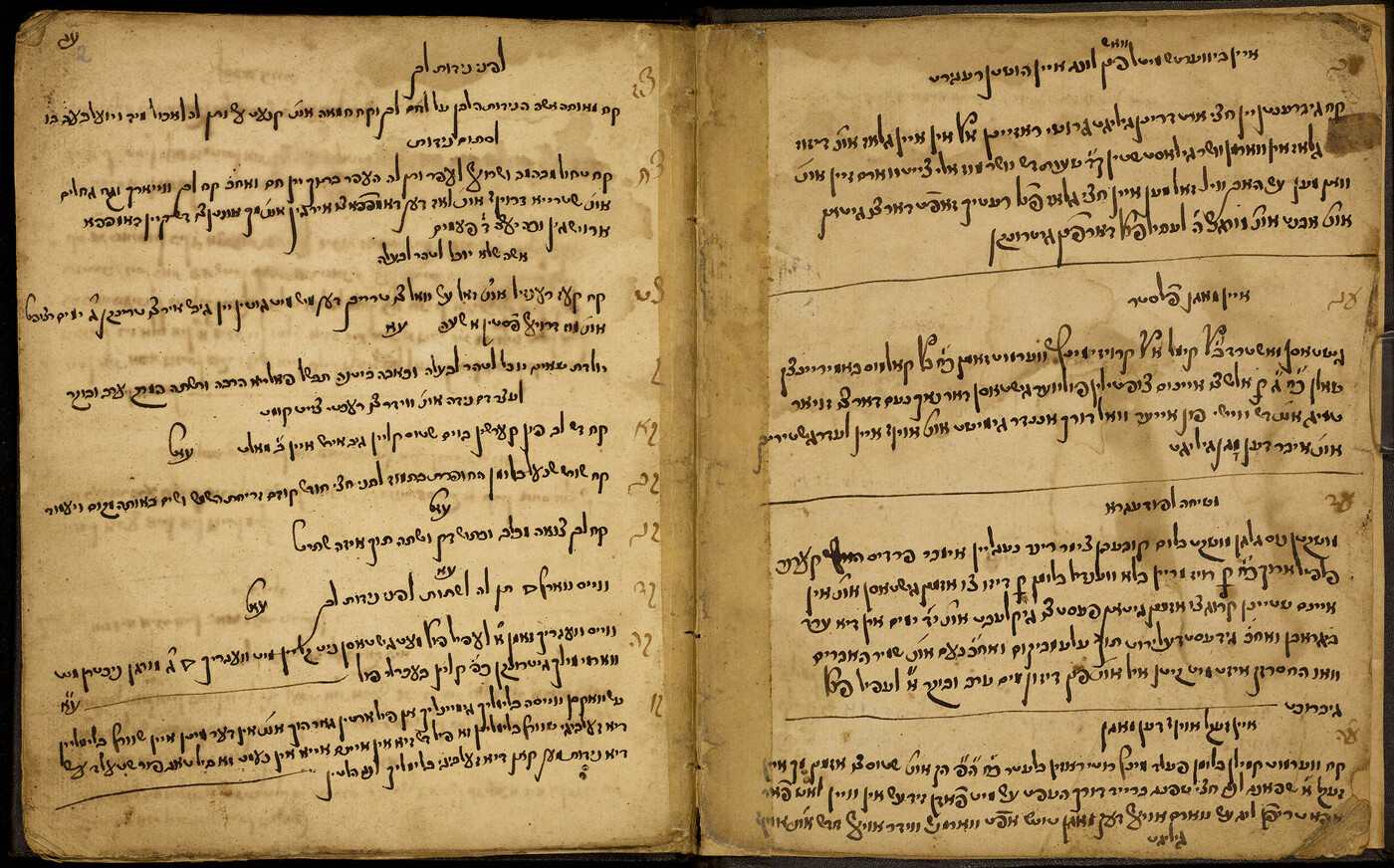 Recipes for getting rid of worms in the finger. The title is in Hebrew while the recipes are in a mixture of Yiddish and Hebrew. 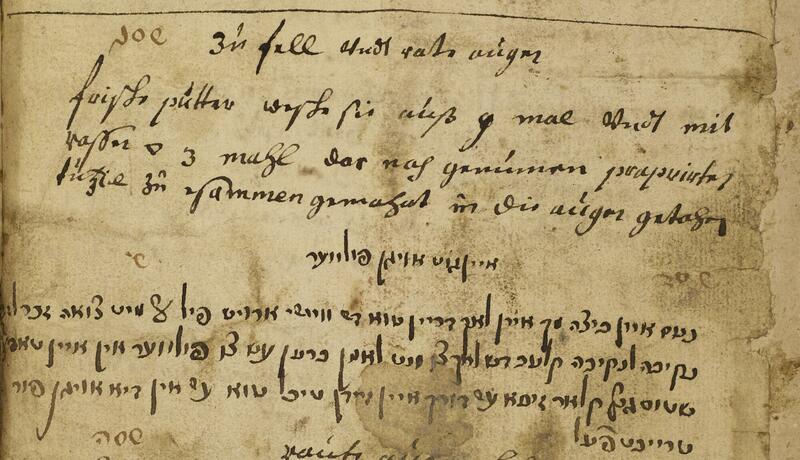 Recipe in German in Latin script at the top and in Yiddish in Hebrew script underneath.