Marriage contracts (ketubot) are among the most often decorated Jewish manuscripts. They are still being produced today, but some of the most lavishly illuminated examples are from 17th-18th-century Italy. This ketubah was made in Tarcento in 1778 for Sarah daughter of Israel Levi and Samuel son of Isaac Luzzato. The border surrounding the text includes Zodiac signs and biblical scenes, with the family emblems of bride and the groom on the top. Painted and cut-out designs were popular in early modern Italy, but only a few of these fragile manuscripts survive. 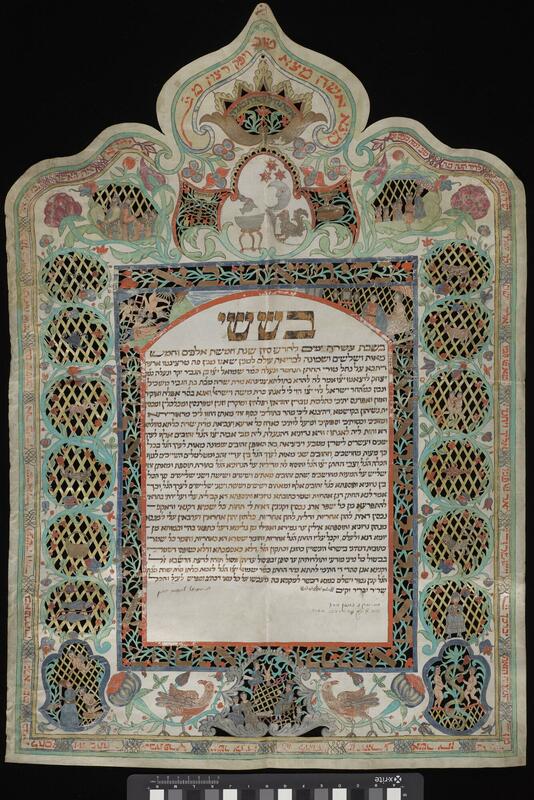