This Judeo-Occitan (Provençal) Purim play is based on the biblical Book of Esther. It was composed in the Papal State of Comtat Venaissin by the 17th-century Rabbi Mardochée Astruc of Lisle. In the 18th century, Jacob de Lunel of Carpentras revised, enlarged and published the work.

Until now this edition was the only known source of the play. This manuscript has recently been identified as the only surviving manuscript copy of the work. It is written in Hebrew letters and shows signs of editing. The introduction begins: “Poems in the vernacular ridiculing Haman which young students sometimes play on the day of Purim.” 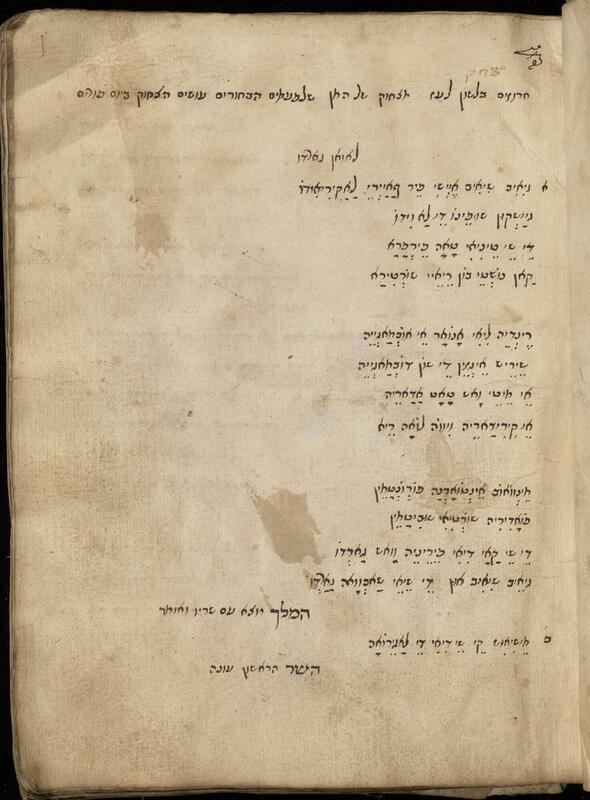 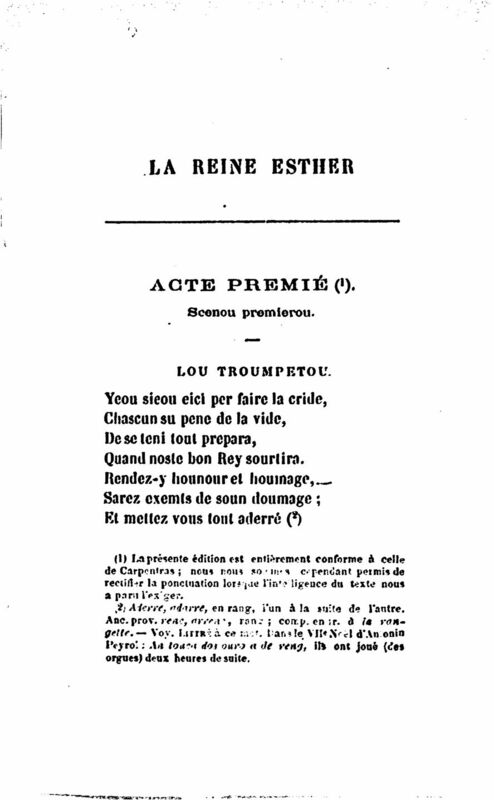 Left: beginning with the introductory sentence in the manuscript (folio 1a): “Poems in the vernacular ridiculing Haman which young students sometimes play on the day of Purim.” 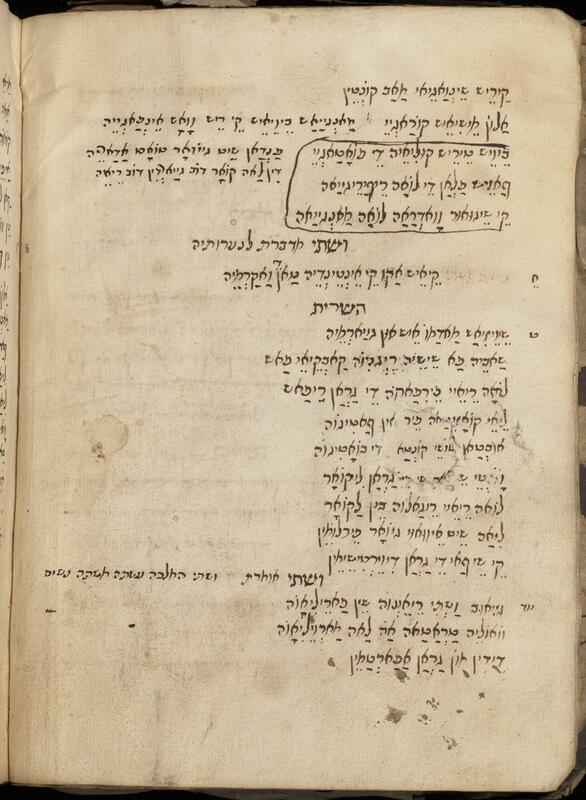 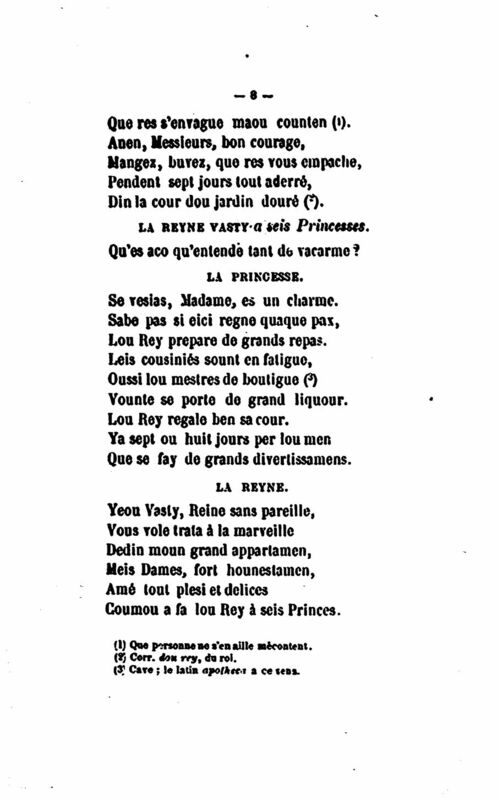 Left: edited section in the manuscript (folio 3b); right: corresponding text in the printed edition (1877, reprint of 1774).